The award season began with the hashtags #TimesUp connecting to the #MeToo conversation already started. The stars hit the Golden Globes unified in black to bring awareness to those who have suffered sexual assault and harassment. Twitter exploded with the hashtag #MeToo when Alyssa Milano stated Oct 15, 2017, "If you’ve been sexually harassed or assaulted write ‘me too’ as a reply to this tweet." The Oscar's night concluded the award season with #TimesUp and #MeToo social media posts, red carpet accessories, and comments in speeches. The conversation continues with strong voices, changing voices, and awareness at Ebertfest 2018.
Details About Me Too and Time's Up Movements
Tarana Burke founded "the me too" movement to help survivors of sexual violence, particularly young women of color from low wealth communities, find pathways to healing. Powered by women, TIME’S UP addresses the systemic inequality and injustice in the workplace that has kept underrepresented groups from reaching their full potential.
Panel Discussion #MeToo and #TimesUp Carrie Rickey moderator Film critic and reporter
Ruth Harnisch Producer and film investor
Robert Pulcini Director and writer
Greg Nava Writer
Julie Dash Writer and director
Sherri Springer Berman Writer and director
Kogonada Writer and director
Jeff Dowd Writer and distributor
Darrien Gibson National Director of SAGindie
Andrew Miano producer
Panel Discussion #MeToo and #TimesUp
Harnish brings up the Teen Vogue article where Vera Papisova interviewed 54 women at the festival this year and they all stated they had been sexually harassed or assaulted during the festival. Papisova states in her article that in the 10 hours she was in attendance she was groped 22 times. The stories described many predatory behaviors. Harnish states that men must be a positive force in this change as well.
Berman discusses production a film, Nanny Diaries with Harvey Weinstein. She discusses that she was one of the few female directors for production. She states that it was a horrific experience. She is tortured by the thoughts of what may have happened to her crew and actors on set. She really now questions and tries to remember has she missed something. The #TimesUp legal fund is for all sexual assault and harassed victims. This fund in a few months has raised over 26 million dollars.
Dowd brings up the fact that this is a revolutionary change. Women and many human beings will lead the way to perpetuate this systemic change. We need to empower with the stories that are being told. This needs to change on many levels. He believes that this is our time and that the time is up.
Lesley Wexler, a Law professor at the University of Illinois, asks, "I am wondering about the thoughts you have for sort of accountability and reckoning with the past as you look forward and make all these efforts to be more inclusive the future?" Nava replies, "It is something we are grappling with at the Academy it is very very difficult issue it is a very very difficult issue to deal with."
Conversations Around #MeToo and #TimesUp
Jennifer Robbennolt, Colleen Murphy, and Lesley Wexler argue that "reformers of the burgeoning #MeToo movement ought to heed the core principles of restorative and transitional justice and take into account the needs of both victims and offenders, as well as the larger community."
Diane Warren, a collaborator on Til It Happens to You states, “this song became something more than ever expected. Listening to the stories of these victims compelled me to write the song. I want this song to be an inspiration to all going through a difficult time.” at The Creative Arts Emmys. This song has carried this message to many sexual assault victims and many more.
Ashley Judd, Annabella Sciorra, and Salma Hayek spoke to the effects ushered in by the producer's downfall. "The changes we're witnessing are driven by the powerful sound of new voices, of different voices, of our voices joining together in a mighty chorus that is finally saying time's up," Judd added. Statistics
90% of female concertgoers have been harassed at a music event. (Chicago Tribune)
The statistics, “Every 98 seconds, an American (this is not just a woman issue) is sexually assaulted. And every 8 minutes, that victim is a child. Meanwhile, only 6 out of every 1,000 perpetrators will end up in prison.” (RANN)
Roger Ebert created Roger Ebert’s Overlooked Film Festival or better known as Ebertfest. Ebert was a TV and Chicago Sun-Times film critic. This festival is held at the Virginia Theatre in Champaign IL. This place is near Ebert’s hometown, Urbana. This year celebrates 20 years of Ebertfest. Chaz Ebert, Ebert's wife keeps his traditions returning each year. The film festival brings back some great films and panels. 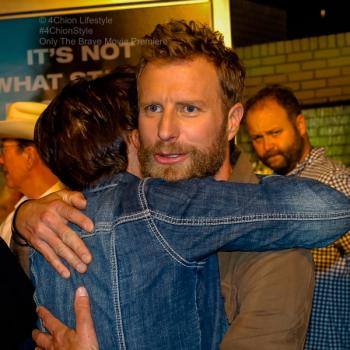