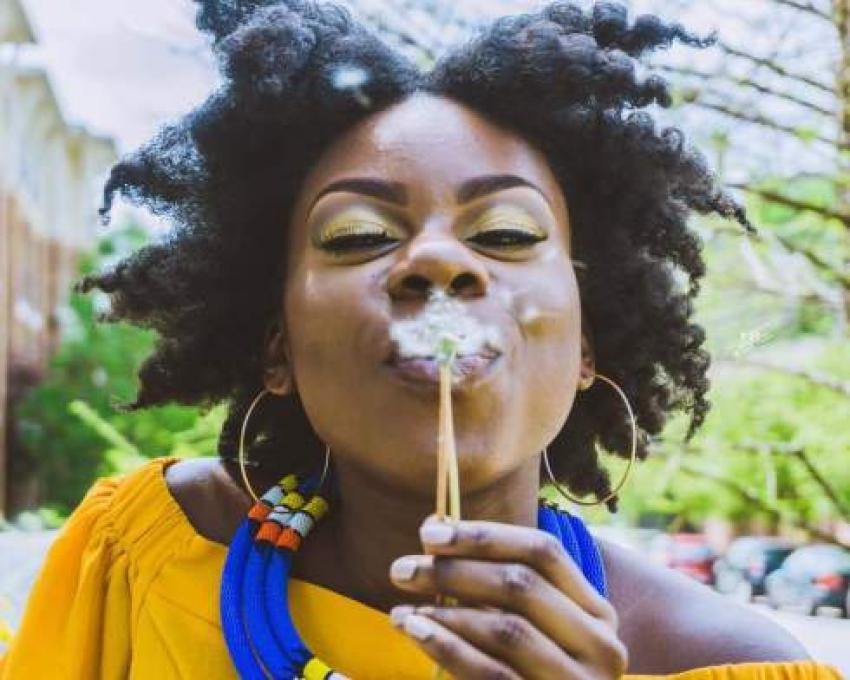 Raina is an American actress born and raised in New Orleans, Louisiana and has come to Claim Purpose and Blaze the world of Entertainment! For more than 10 years she has been a student of the Arts. Being rooted in Theater, Raina has since discovered her passion for TV & Film.

Raina attributes much of her Strength, Inspirations and Upbringing to her Mother. Her mother’s kindness, integrity and work ethic is/were endless and helped to shape Raina’s perception of Life.

Raina grew up in east New Orleans. In earlier years, she and her older brother would create memories with other children at Joe W. Brown Park. Also, Raina would often visit the Historically esteemed French Quarters during school field trips; but it wasn’t until she was older that she truly learned the significance of what she had been exposed to.

Like her Mother, a lover of life and all things in it; Raina strives to mimic her- by exuding Love, Respect, and Compassion, daily. Although Raina’s purpose is Acting, she accepts responsibility to humankind and is deliberate in her role to reflect and breathe life into her story or project.

It didn’t take Raina long to learn that what she had fantasized of being for so long would also require exceptional dedication and levels of honing her craft. Raina begin training at the age of 12 at Anthony Bean Community Theater in New Orleans. Throughout her entire high school term, she was a member of the Drama Dept. of McDonogh #35 as well as a student at New Orleans Center of Creative Arts (NOCCA). Raina then studied and graduated (with Honors) from The Conservatory of Theater Arts of Webster University with a degree in Acting.

It comes as no surprise that whatever Raina touches will manifest into something great!

After graduation Raina relocated to Atlanta, Georgia with the same Blueprint in mind; she allowed her love for people to help navigate her into the acting circuit of Atlanta. Connecting with like-minded Artist; Raina had the pleasure of competing in the REP YOUR ACT 2017 Acting Competition. Naturally she Wowed the Audience, other contenders and judges- thus making her the Winner of the competition. Not quite a year after being a resident she is rumored to be a young Viola Davis!
Raina has served Background and Supporting Roles in films; Contraband, The Important Parts of Me, Ms. Devaux (2018). She has had the opportunity to work as an associate producer in Dirty Deeds (Keturah Miller in The Blue Series- Discovery}. Raina has also portrayed Idil in Stage Play, Where It All Goes Down (Natalie E. Davis).

While Raina continues to evolve as an Actress, she understands symmetry. In life, there will be highs and lows. She has learned that opportunity sometimes come in the appearance of opposition. While being a resilient actor, she cares for her Grandmother back in New Orleans.

Raina had already proven that everything she sought out to conquer was a success, so she was up for the dual residency challenge. As she has tattooed words to live and love by; “Ease is a greater threat to progress than hardship.”-Denzel Washington and “The kind of beauty I want most is the hard-to-get kind that comes from within – strength, courage, dignity.”-Ruby Dee, her beacon radiates.

Raina’s goals are to tell as many stories and touch as many hearts as possible through her work; whether it be through TV/Film or Stage. She dreams to one day share scenes with Viola Davis, Cicely Tyson and Forrest Whitaker but more than that Raina aspires to be the best version of herself; holding true to always being intentional and unapologetically transparent.
Raina just completed a heart jerking deliverance as Van Miller, in the Blue Series Special, “Finished the Dream”, a tribute to Women’s History Month. She has accepted the role of Bianca in Superstar Dreamz, Live the Musical, which is projected to come out later in the year, and she will be featured in Queen of Resilience (a Magazine/Platform that targets mental health awareness, mentorship, and professional development).  In addition, you can spot her in a few short films and web series the latter of 2019.
You truly don’t want to miss Raina’s Amazing Journey!

Fasten Your Seat Belts…RAINA HOUSTON is Indeed a WOMAN on the MOVE!
For Bookings: BYSB Talent Agency

““Since I’ve studied theater mainly, I felt a bit like a fish out of water moving to Atlanta to pursue a career in film and television. It hasn’t been a walk in a park and I’m still learning each day what serves me best as an actress. I simply had to become comfortable with failing and telling myself, “Hey, it’s ok! You live and you learn.” What’s for you is for you and no one can take that from you!” -Raina Houston